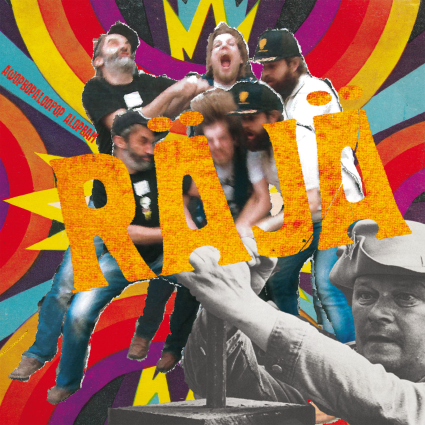 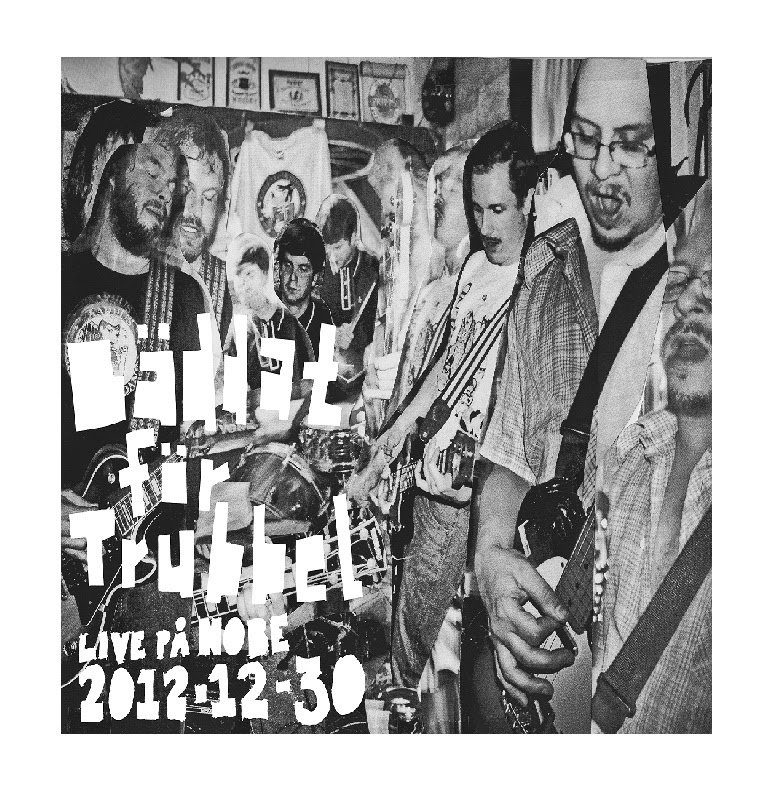 THE YEAR OF OUR LORD TWO THOUSAND AND FOURTEEN

New releases available now alongside some other Bat Shit related items in the store.
Posted by BAT SHIT at 4:26 PM No comments:

Deep Sea diving has taken a tremendous toll on your body, but you've decided to run the gamut of another great exploration. Ready to fill in each and every gap that you may have missed from previous excursions. Adrenaline courses through you as various endorphins eclipse your very being. Your chest tells you that this will be your final plunge and you drop backward into the abyss. Swirling around you are lush atmospheres and creatures of alien nature. Are you even on the same planet? Light fades as the sky falls away. Sinking and sinking again. A small light appears in the distant waters and you follow without thought. You blink and when your eyes open you're surrounded by complete darkness and you feel as though you've been awoken from a lengthy slumber. The sensation is both soothing and dreadful. When you blink again the light that follows is blinding. Tiny bulbs hover around you and guide you into a tunnel. Your chest sends you a painful reminder. The blanket of light leads you through many corridors and you start to feel the unrelenting clutch of tremendous pressure. As your mysterious guides push you through their liquid maze you begin to see the tiny bulbs fade one by one. The pressure is excruciating. You enter another passage and are again entombed in darkness. The sound that follows is deafening and delivers a greater pain than the hold the ocean has on your organs. If you find a surface to grasp onto, perhaps you can collect yourself and release the paranoia that's shaking you. You grab hold of a leathery, organic surface and the paranoia takes complete control of you. It's easy to go crazy when you realize you've been swallowed.

Edition of 300 on red and black vinyl with full color printed jackets. 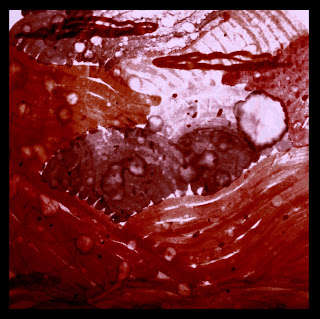 Listen to the track "Abuser" here:

It's becoming apparent that the disease is growing out of control. The chemical machine guns that were sent to attack it have failed and the battle seems lost. The bodies inside continue growing and taking on life of their own. The extra tissue demands control and won't relinquish until it corrupts it's host entirely. As the strange intruders reach new mass it becomes evident that the host is being submitted to an unnatural evolution. Twisting and contorting, farming and leaching on the good stuff, leaving behind a desert of destructive units and necrotic cells. Beyond the wasteland a new body emerges. It isn't the end, it's a different beginning.

Edition of 300 on black vinyl with hand painted sleeves. 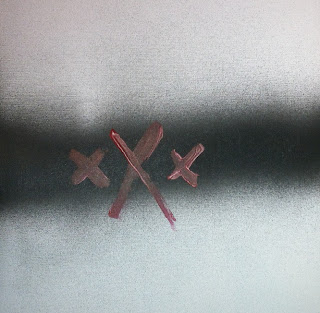 Watch the video for "Cancer" Here:

The family inside of the clock invites you into their home. They live in a clock and it's really nice of them to have you over because there isn't a lot of room in there, but there's so much going on. Not too many people get to spend time in their clock home. Aren't you lucky? They learn new things all of the time, and now they want to teach you what time has taught them so well. Since you're here, pull up a seat and stare at all of the gears and cranks. They appear to be dancing. It's funny watching them twitch in and out of sync. Your ears perk up because they start to make goofy noises. Now you're frowning because you realize they are making fun of you and you look around to see the family in the clock pointing and laughing. Why are your pants wet? That must be frustrating. The laughter rises and tears start welling in your eyes. This is the worst thing that's ever happened to you. You must have had it pretty easy. As you pick yourself up prepared to run screaming out of Casa Clock something takes hold of you. Your feet move, but not towards the door. You start dancing like a complete idiot, wiggling your finger in the air and laughing hysterically. You only needed a little time to get used to things in the clock home and now you're just one of the gears.

Edition of 300 on pink, clear or white vinyl with full color jackets. 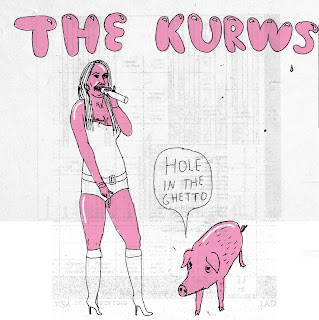 While you're at it, watch a promo clip for the album here:

Now that the ship has returned from it's interstellar adventure it's been hard to carry on knowing that there is so much more waiting for you. You stumble through the ashes of your planet without care of the desolate skeleton it's become. The year long abduction into unknown atmospheres was the highlight of your low existence. Now it seems that you're only capable of meandering through countless heaps of trash and lifeless bodies. Woe is you. You release a sigh and start picking at the teeth of some sad dead sap when you feel cold steel against the back of your neck. A smile runs across your face. Maybe your captors have returned to take you back with them to destroy some other lowly planet full of overly entitled miscreants. Instead you turn only to find that some rotting animal slithered off of a pile of bodies and it's cold nose struck you while you were day dreaming about otherworldly nightmares.  You notice a blade stemming from the beasts abdomen and pull it out with ease. Your mind wanders briefly while you hold the blade to your throat, and as you begin to apply pressure ecstasy overwhelms you when a beam of light rains down upon your dreadful being. They have returned.

Edition of 300 on purple or black vinyl with full color jackets and featuring liner notes by Steven Peffer. 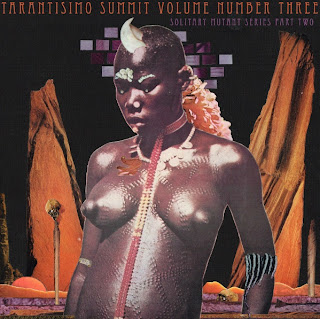 Listen to the track "Novara Prison" by ALX NVA here: 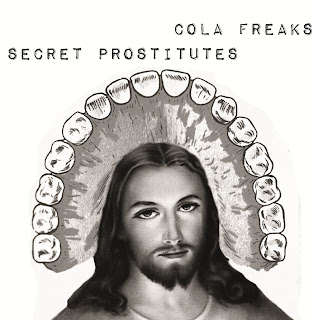 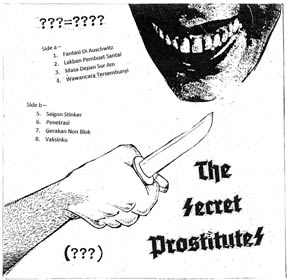 Listen to the track "Masa Depan Sur Am" here:


It's a shame you fell asleep with all of that speed up your nose. How did you do that? Was it because your stupid fucking moustache leapt off of your lip and started using your dumb face as a punching bag? How did that happen? Well the waking nightmare isn't over because that last breathe you took lodged another dose of the devil inside of your sinuses. You're wide awake and your pants are down. The moustache is cradling two tiny Hitler moustache children and telling you to get the fuck out of it's house, setting the hairy lads down only long enough to throw some meatballs at you. The Swedish meatballs fly towards you and start screaming. You've got no clue what they're saying but you better pack your shit and get lost. You bounce between walls and find a pair of socks, but you leave your pants behind. It's easy to be distracted when meatballs are on your shoulder headbanging against your neck and screaching into your ear drums. You look back long enough to see the moustache waving goodbye and starting to cry. It's time to start over.

Edition of 300 on brown and black vinyl with hand screened sleeves on grocery bags. 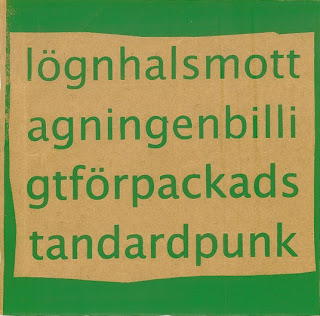 Listen to the track "A1" Here:


They said to send the monkey. Instead you decided to strap your helmet and boots on and jump right into the galactic deep end. Never mind that your vessel hasn't been thoroughly tested for skull crushing pressure or incinerating heat. Whatever. You know what you're doing. As you buckle up and fiddle with the knobs to provide sufficient oxygen into your marshmallow track suit, the lights flicker off and the high-speed mobile phallus ejects itself skyward. None of this was supposed to happen, but you grip onto your seat and let the waves of engine noise wash over you. You've never seen the world around you shrink so quickly and begin to feel a tightness envelope your entire body. Slowly clutching you like a grip from the mighty anaconda. Light diminishes and the sky grows darker. You begin to hyperventilate and your eyes throb and shake and you swear they were looking inward upon themselves. Sparks rain all around you as the wires hiss. You take off your helmet and flame engulfs you, melting your skin and charring your skull while you're sitting there laughing. It was completely USELESS. Congratulations.

Presented in an edition of 200 with 2 alternate covers by Bat Shit and Goodbye Boozy Records. 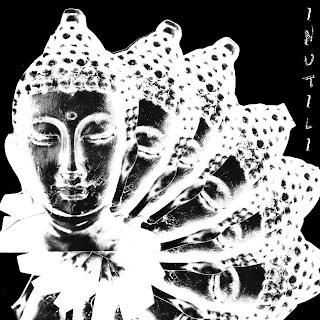 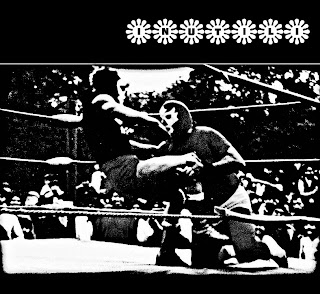 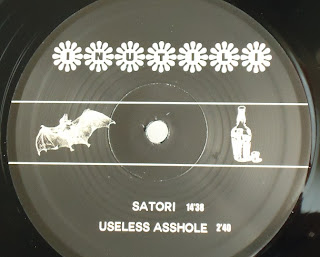 Listen to the track "Satori" here:

Fear is an approach to life that coincides with the unknown horrors it may bring. Lurking in your shadow could be the ghastly fate that devours your every move. A phobia of darkness closing in around you, sucking at your soul and violating every corner of your mind. A premonition that resembles the moments between birth and your inevitable doom. The slow death that may well be a blade lowering upon your abdomen, tentacles squeezing the last breathe from your body, vengeance from beyond the grave, inherited guilt. Every day you see, hear and smell it. Sometimes you can even taste it. It's delicious. It tortures you. Your body salivates for its welcoming embrace and you follow the stink to wherever it leads. A tree looms over the dry, sticky destination and the journey finds it's demise at the end of a rope. 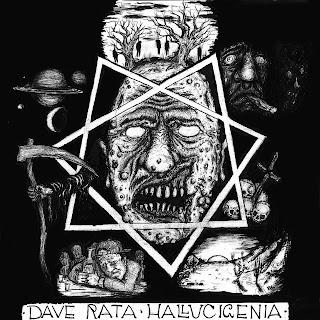 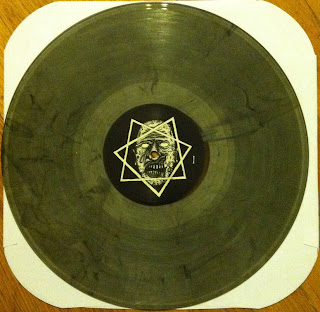 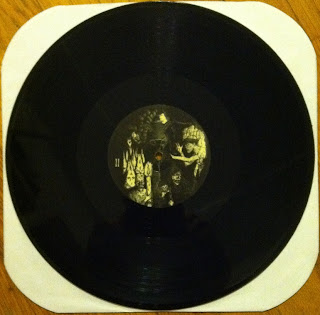 Listen to the opening track here:

Nothing is free. Your freedom has always been at stake and there has never been anything you can do about it. Tough shit. Quit whining, you fucking sissy. Go vote and make yourself feel better?
Fuck that. Get pissed. Grab hold of what liberties you have and take complete advantage of it. Does it matter? Probably not. But you can piss on it with a finger in the air while you watch it go down the drain. It's the law.
No politico. 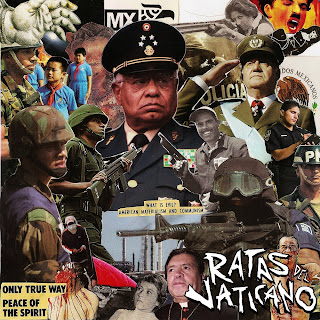 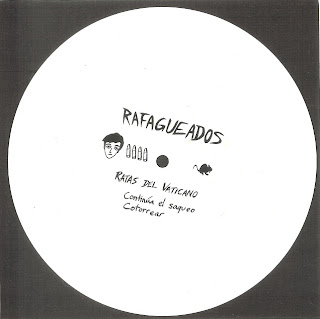 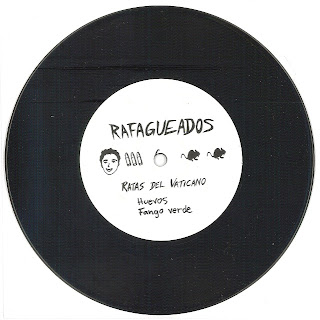 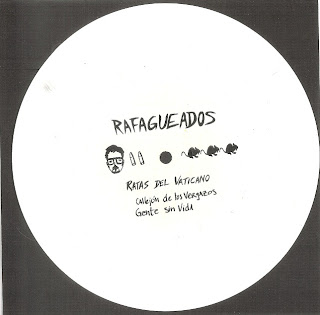 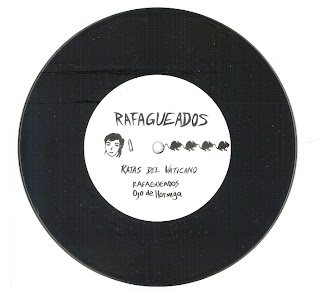